I hope your holidays were fabulous. Sorry to have taken such a long break from blogging, but with all the After Holiday Sales going on, well…I’m sure you understand. 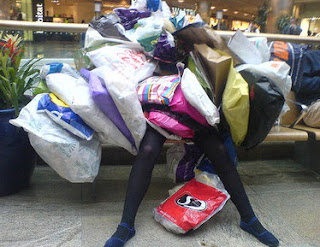 Yes, my closets are beyond full, and yes, I sew and have a lot of projects lined up, but…what can I say? I love clothes, and at these prices it would cost me more to buy the fabric. Which makes me feel guilty on so many levels: How many clothes does one person need? Wouldn’t that money be better off in a savings account? Not to mention contributing to the destruction of fashion – and civilization -- as we know it.

I was in the lecture hall the night Suzy Menkes gave this talk:

It may sound dramatic, but I’m not overstating it when I say whenever UPS delivers another package from a store, or whenever I come home with another shopping bag (probably plural), I think of her equating the clothing made for Anthropologie and Banana Republic with the factory collapse in Bangladesh. I can’t say that it’s stopped me, but there has been a slight hesitation.

My home is littered with – among other things – fashion magazines, and it didn’t go unnoticed that there seemed to be revolving doors at certain fashion houses, with it becoming increasingly hard to remember to where some of the major designers had decamped. The pressure of the fashion industry was never a secret, and we outsiders could only watch and read about the tragedies of Alexander McQueen and John Galliano.

And then Raf Simons resigned.


I swooned over Dior & I. If you missed it, briefly it covers the season when Simons comes in to rescue the House of Dior after Galliano’s swift exit (although that is never mentioned). Only eight weeks to design a collection and put together a show for Paris Fashion Week! Can he/will he do it? Audiences watched breathlessly as fabric was commissioned, seamstresses worked their artistry deep into the night (in heels! So chic!), beading was added then savagely ripped off. I saw it three times in a theater, and now the DVD sits on  my shelf. So now the question is -- did Raf Simons leave Dior because I bought that bronze sequin blazer at the Banana?


Why Fashion Is Crashing 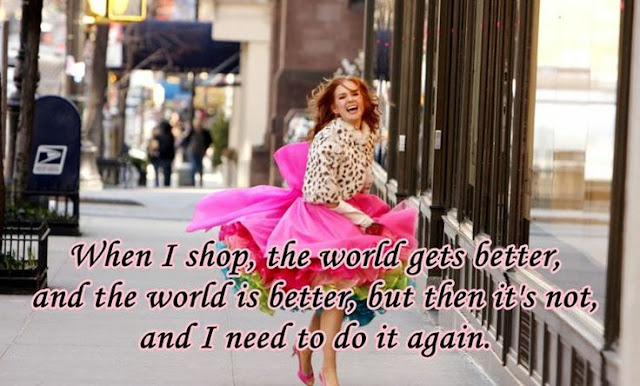 As I said at the beginning, I have a lot of sewing projects lined up so I’m staying out of the stores and laying off the mail-order for the time being (or at least that’s the plan, Stan), but when major fashion houses like Chanel and Balenciaga design lines for H&M and start feeding frenzies that sweep stores clean in less than an hour, it seems to me that they are exacerbating the problem. Greater minds than mine (yes, there are a few out there) are going to have to work this out and send me the memo.

See you in the dressing rooms,